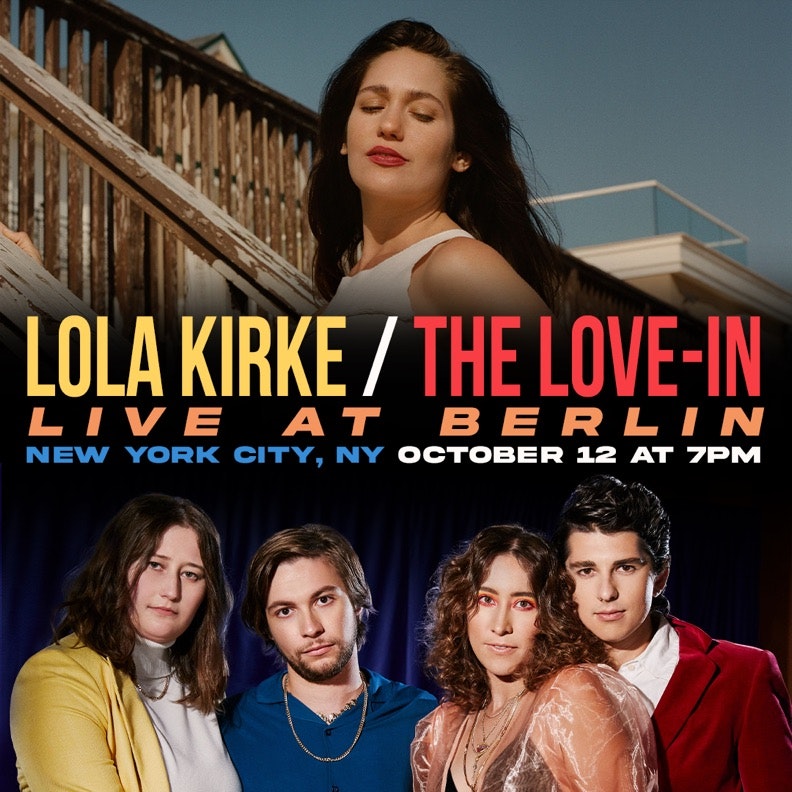 Hello everyone! Lola and The Love-In will perform at Berlin Under A (New York, USA) on October 12, 2021. If you want to attend this show, you can buy your ticket here

Requirements:
››You must be over 21 years old
››Photo ID
››Proof of vaccination

Executive producers for The Premise are Novak and John Lesher. The series is produced by FX Productions.

In addition to unveiling the series’ title and the latest cast members, FX revealed details for the first five-episode installment of The Premise and first-look images. Read the episode descriptions and see the images below.

“Social Justice Sex Tape” – When a white, woke, twentysomething ally to social justice causes (Ben Platt) discovers video evidence of a disputed police incident in the background of his highly embarrassing sex tape, a savvy young lawyer (Ayo Edebiri) and her mentor (Tracee Ellis Ross) strategize on how to best use the tape and witness to save an innocent man (Jermaine Fowler) from prison. Also starring Melissa Saint-Amand. Written by B.J. Novak and Josie Duffy Rice. Directed by Kitao Sakurai.

“Moment of Silence” – After losing his daughter to gun violence, a grieving father (Jon Bernthal) pursues a new job as a PR director at the National Gun Lobby, where he’s befriended by a co-worker (Boyd Holbrook) who starts to suspect that the man’s motives may be far more dangerous than they seem. Also starring Beau Bridges and Amy Landecker. Written and directed by B.J. Novak.

“The Ballad of Jesse Wheeler” – A pop megastar (Lucas Hedges) returns to his high school to pledge a donation to build a new library but instead promises to have sex with the school’s valedictorian as an academic achievement prize. The promise inspires the disillusioned Abbi (Kaitlyn Dever), along with the rest of the student body, while the star’s manager (O’Shea Jackson Jr.) and the school’s principal (George Wallace) desperately try to walk back the promise. Also starring Ed Asner, Brendan Scanell and Grace Song. Written and directed by B.J. Novak.

“The Commenter” – A young woman (Lola Kirke) with a happy life and loving partner (Soko) becomes obsessed with a critical anonymous comment online, eventually upending her life in a quest for the commenter’s approval. Also starring Sylvia Grace Crim and Benjamin Clement. Written by Jia Tolentino and B.J. Novak. Directed by Darya Zhuk.

“Butt Plug” – A once-poor child of immigrants (Daniel Dae Kim) who has now become one of the world’s richest men presents a chance at redemption to his former school bully (Eric Lange): an uninterrupted hour with his board of directors to pitch a very specific product. Also starring Bryan Batt. Written by B.J. Novak. Directed by Jake Schreier.

Written by Max Borenstein, the fast-break series chronicles the professional and personal lives of the 1980s Lakers, one of sports’ most revered and dominant dynasties — a team that defined its era both on and off the court.
Cullen’s Bill Sharman is the ultimate renaissance man: a collegiate basketball champion and four-time NBA champion, with a short stint as a Major League Baseball player, a career as one of the most influential NBA coaches of all time, and a third career as legendary GM of the Lakers. He even once punched a shark in the face, while on vacation in Acapulco. But as he begins to feel his age and lose his voice, he must consider his future – and the fKirke’s Karen West might be married to one of basketball’s biggest legends, but she sees the real Jerry West – and loves him for who he is, not his many accolades.

Borenstein executive produces the series with McKay, who directs the pilot, and Kevin Messick for Hyperobject Industries. Jim Hecht is co-writer of story and executive produces along with Jason Shuman, Scott Stephens and Rodney Barnes.

Cullen was most recently seen on the big screen in the iconic role of Thomas Wayne in Todd Phillip’s Joker. His previous roles include Barton Blaze in the 2007 feature adaptation of Marvel’s Ghost Rider and as a congressman in Christopher Nolan’s Dark Knight Rises. His recent TV credits include The Blacklist, True Detective and Narcos. He’s repped by Domain and Lovett Management.uture of the team he loves.

Hello everyone! I added to the gallery screen captures from the 2nd season of ‘Mozart in the Jungle’. Enjoy!